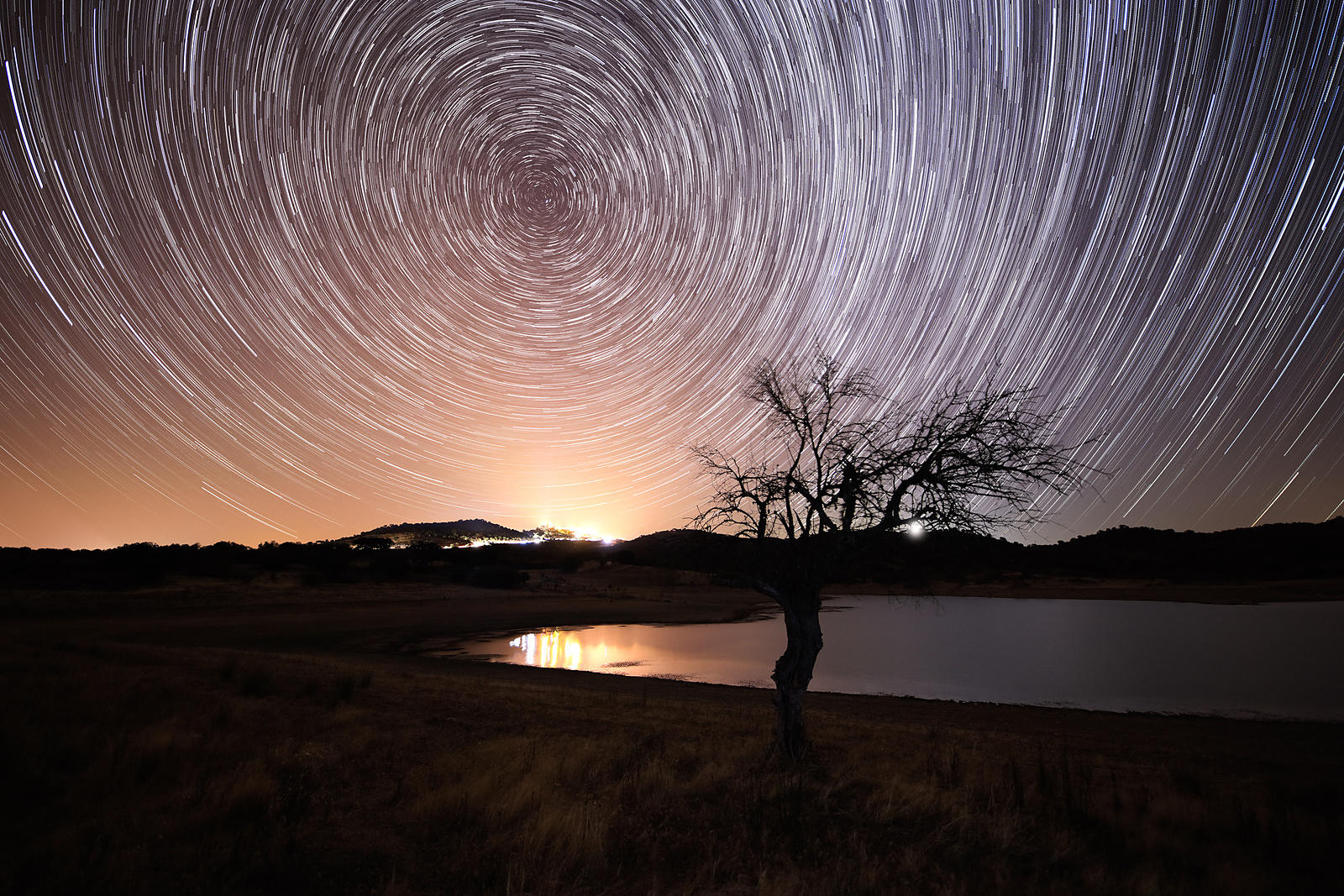 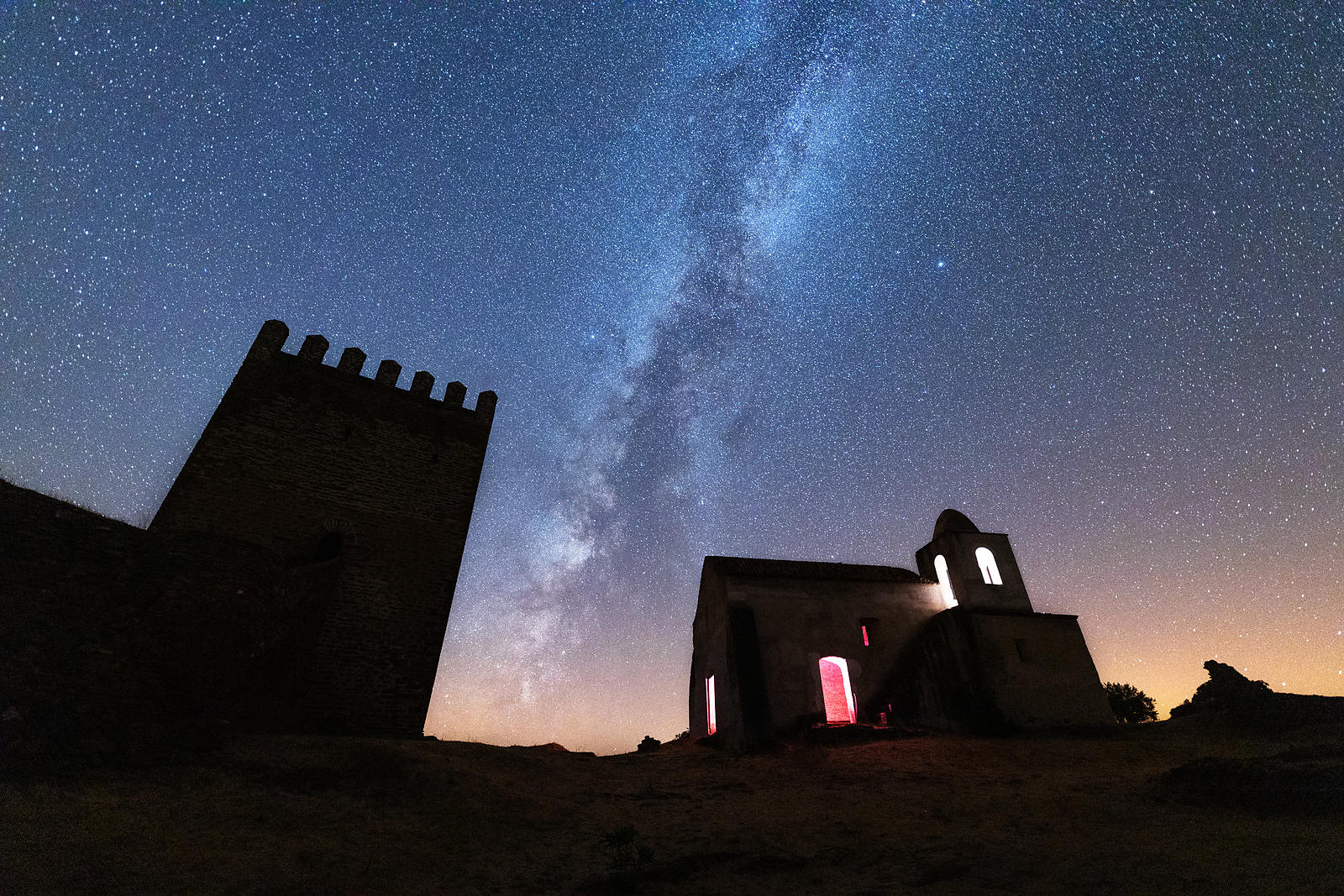 in this photo you can see Altair and Vega and the milky way, at the castle of Noudar in Barrancos, Alentejo, Portugal.

The castle has a hexagonal plan, with a northwest-southeast longitudinal axis, where two spaces are defined: that of the alcáçova and that of the village fence.

The first is dominated by the keep, with a square plan, about 18 meters high, crowned by battlements, defending the entrance to the enclosure. It has two access doors to different floors and, inside, on the second floor accessible through a stone staircase, a cistern opens. According to the iconography of Duarte de Armas (c. 1509), its interior was vaulted and provided with another upper room. Still in Alcáçova, next to the keep, a second cistern, this fourteenth century, has arches supporting the vault.

The walled fence is reinforced by a dozen towers and attached cubes, the main of which protecting the Porta da Vila. Inside, the Church of Nossa Senhora do Desterro stands out, rebuilt in the 1980s and the Casa do Governador.

Remembering ancient construction techniques, a series of buildings, of circular plan, walls in loose stone apparatus and false dome cover, connected to the pastoralism stand around the castle. 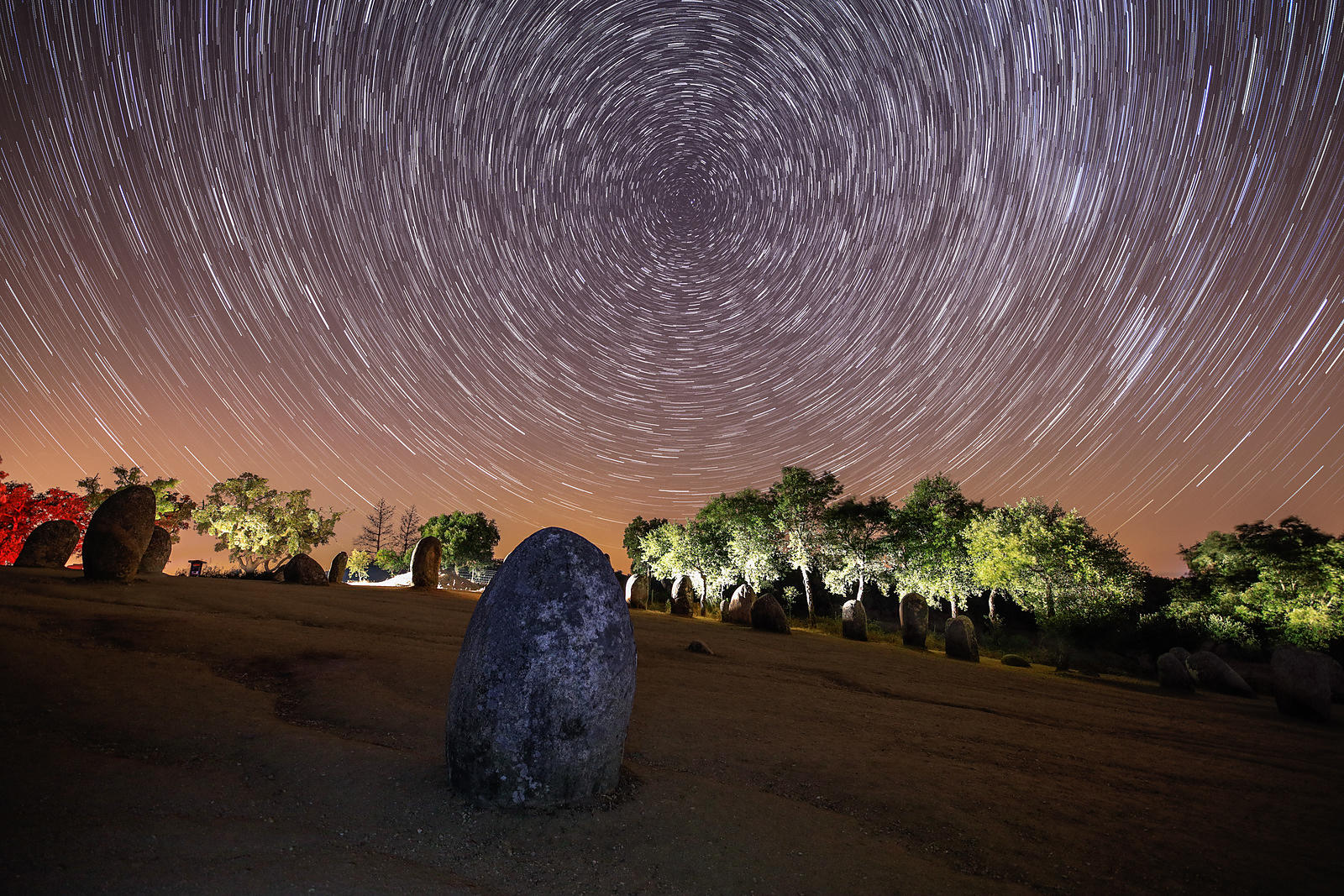