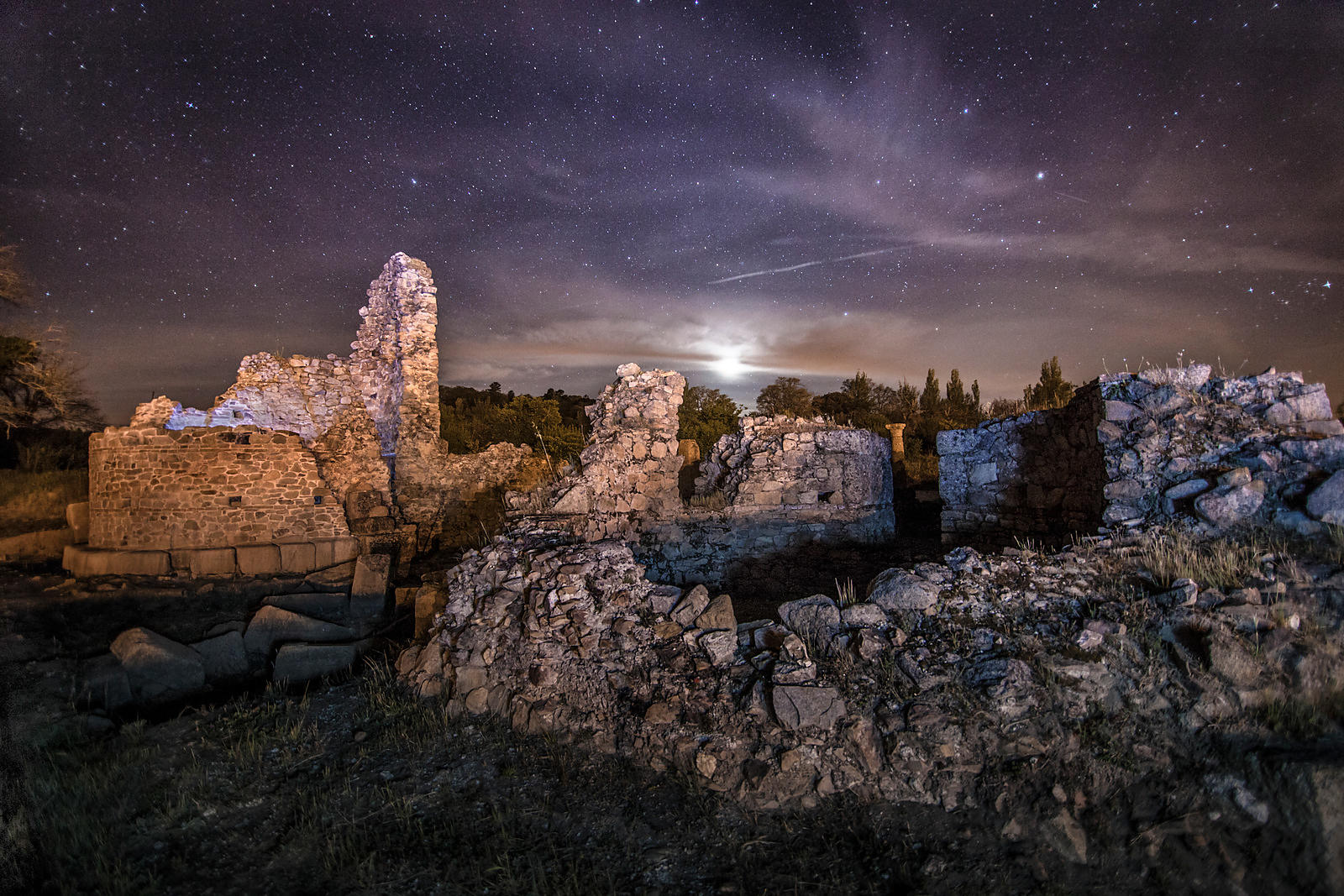 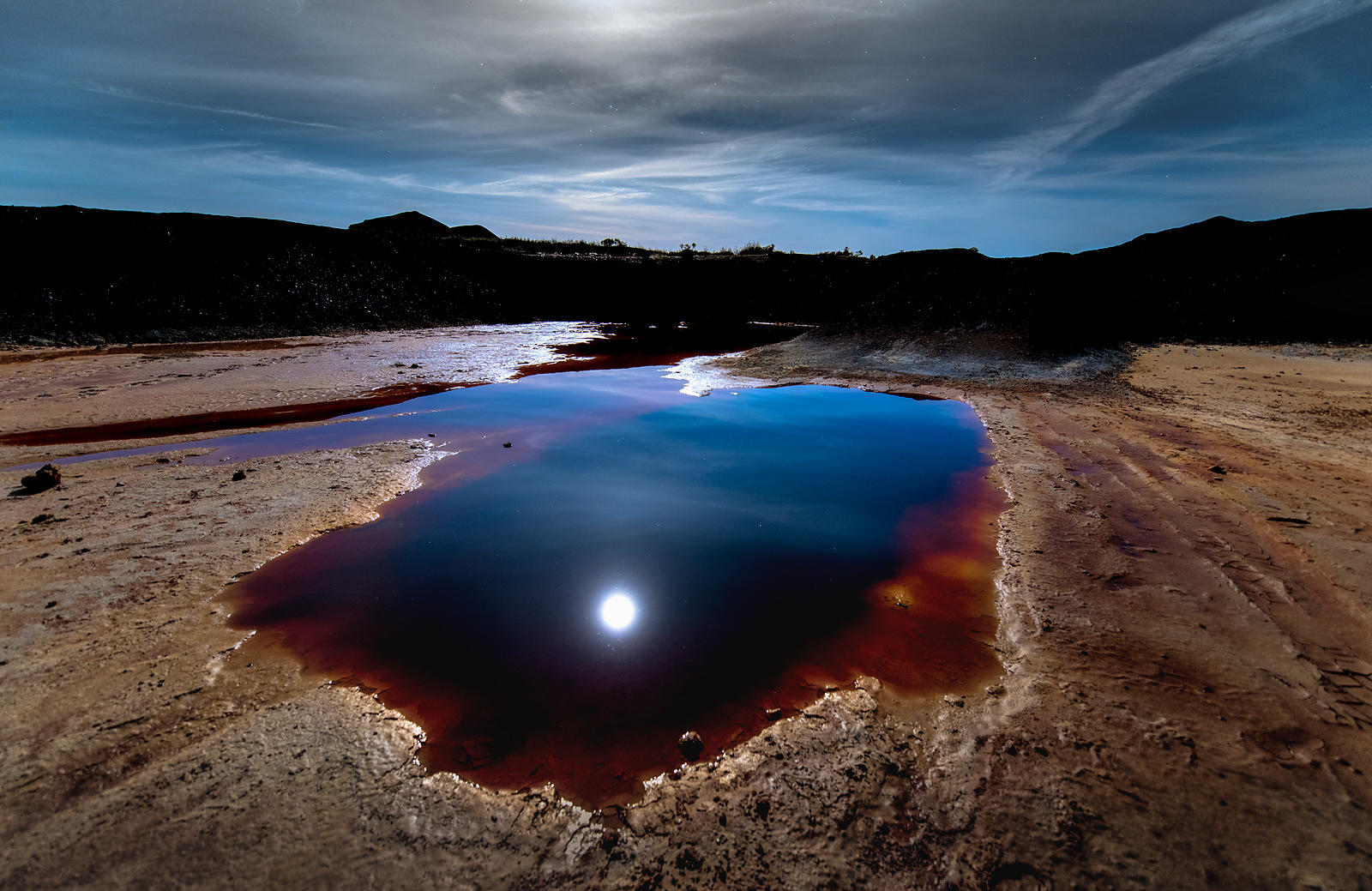 A Full Moon is reflected in a puddle of acid water from Achada do Gamo, that was – since the beginning of modern mining activities in the São Domingos Mine – the center of metallurgical activities on extracted minerals. The areas of heaps, slag and channels of water, give the landscape a “lunar” aspect, revealed in this image naturally illuminated by the Moonlight. The heaps are composed of different materials with high levels of metals, such as slag and ash, whose leaching through the rainwater leads to the production of acid mine drainage, usually with an ocher or reddish color.

São Domingos Mine is located in Baixo Alentejo, about 240 km from Lisbon, in the municipality of Mértola, which recently joined the Dark Sky® Alqueva Route for the great quality of the night sky. The São Domingos mining area is part of the Iberian Pyrite Range and is a decisive source of basic metals (S, Zn, Pb, Sn, Ag, Au, Fe, Co, Cd, etc.) and other elements such as sulfur (S). It has been a sought after place for the extraction of ores since antiquity, with evidence of gold, silver and copper mining in the pre-Roman and Roman times. The pyritic deposit of São Domingos (St. Dominic) was explored in various historical periods, namely: for several centuries of the first millennium BC (Eastern period), during the period between 14 BC and 395 AD (Roman period), during the Islamic period and during the modern period that was initiated in 1858 for the extraction of copper, gold and silver and was maintained until 1966, the year in which the reserves were considered exhausted. During this period, the work was done in the open air up to 120 meters deep, with work continued through wells and galleries up to 400 meters. Over 108 years of regular exploration, more than 20 million tons of materials were removed from the site, producing about 14.7 million tons of waste accumulated in heaps up to 14 meters high with a dozen different materials such as pyrite , gossan, slag, ash, iron oxides, barren rock, sludge, debris, etc.|
ID Photo : DA-Claro-MoonLagoon-MinaSaoDomingos_3740-Final-3_2
Auteur : Miguel Claro
Miguel Claro/Ciel et Espace Photos
Dimensions Photo : 33.9 Mpixels (97 Mo décompressé) - 7226x4694 pixels (61.2x39.7 cm / 24.0x15.6 pouces à 300 ppp) 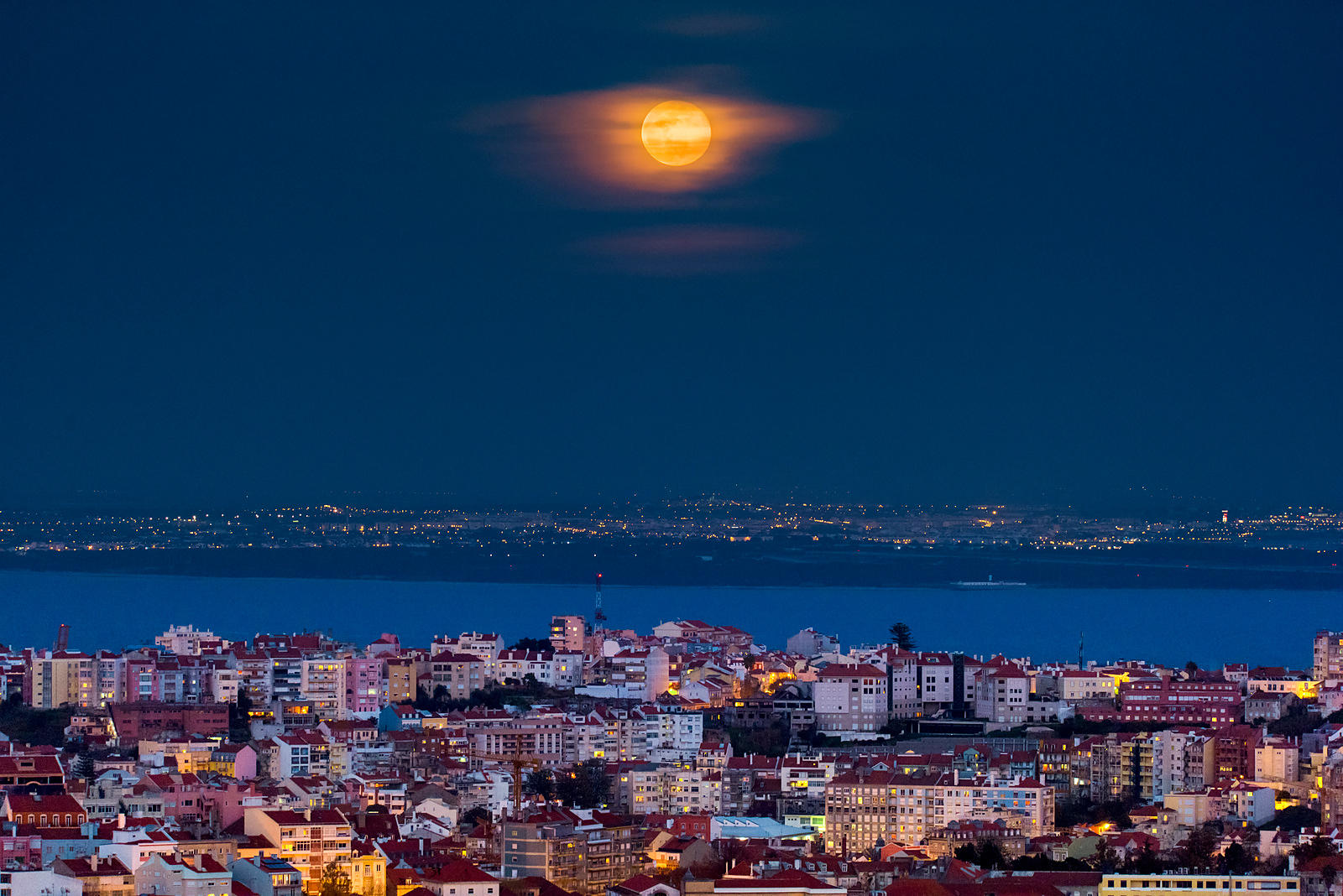