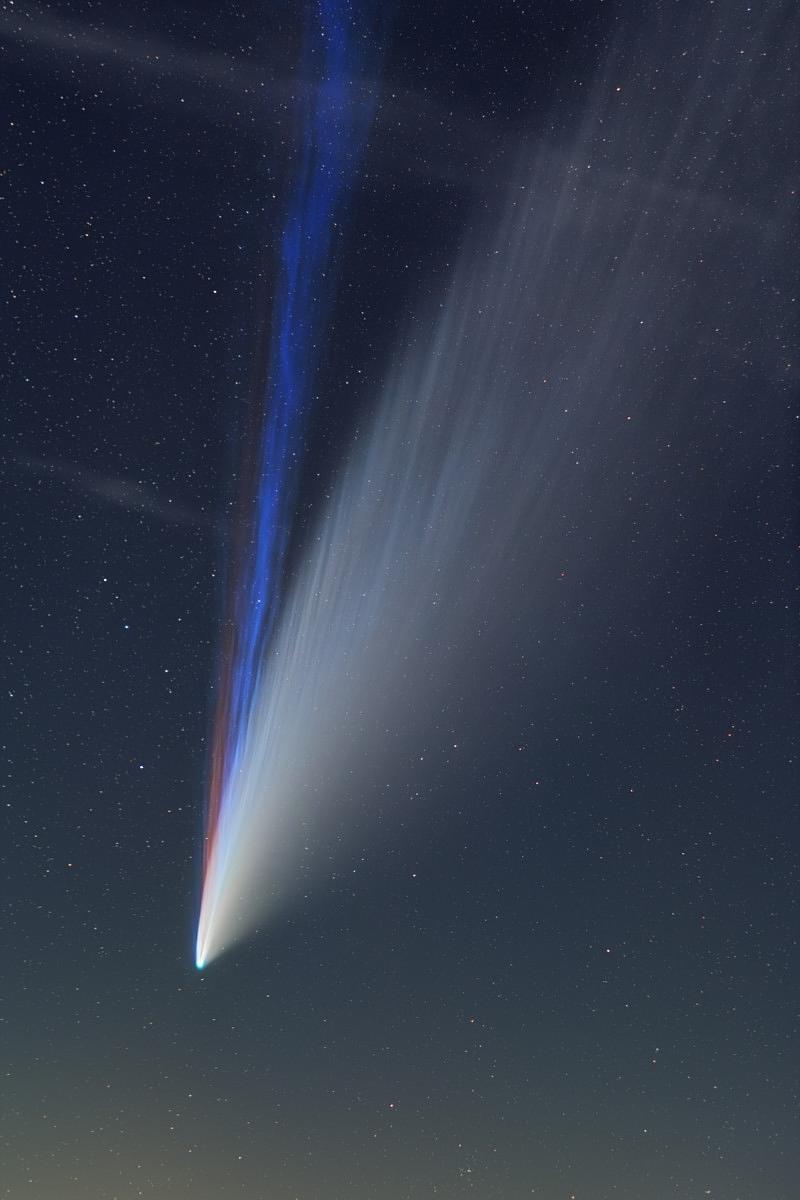 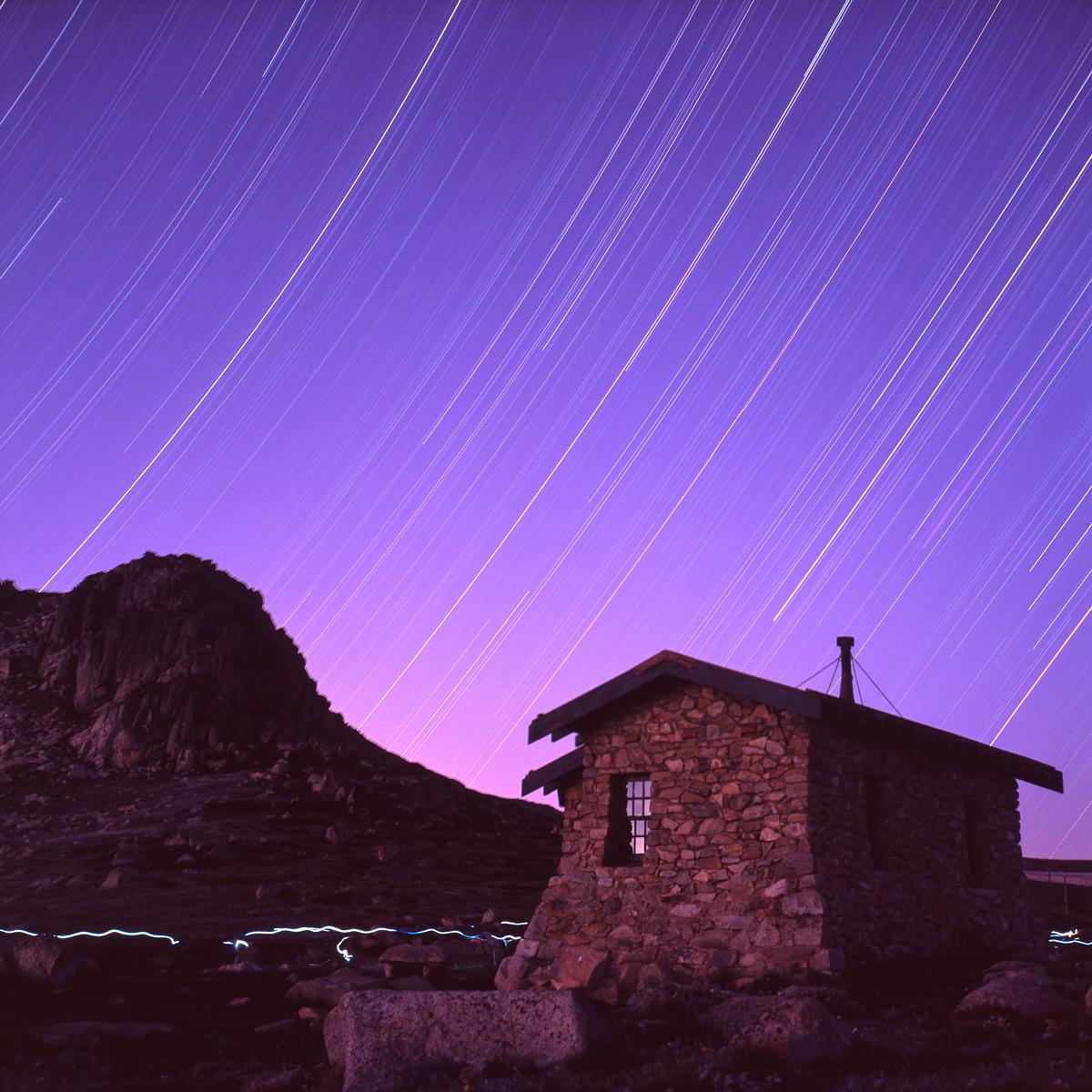 
This single shot image of star trails was taken with MF film camera as described above in January 2019. I am so happy that I have saved at least one film shot from this one night camping trip. I actually placed two film cameras on that night. The other one was Linhof Super Tech III with Schneider Angulon 90mm/6.8 lens. It was not windy when the shutters were opened. I took some digital shots of milky way and tried to get some sleep in a tent around midnight. Then wind was getting stronger and stronger and the tent was making so loud noise that I couldn't even sleep. From 1.00 am I started worrying about two cameras that might fall off. I knew that I had to go out and hang something heavy on tripods to prevent from falling off. And at the same time I was being lazy and just hoping they might be all right because I had previous experience of successful windy shoot out at Blue Mountains. By 2.30am I couldn't just lie there, not being able to sleep, just worrying about tripods falling. So I went out with my son and found my Linhof was fallen off. I felt so guilty about being lazy. But at the same time I was happy because Linhof was not broken. There was not even a scratch on it. It fell on thick bush in between rocks which worked like cushion. So I couldn't save an image from Linhof which I think was better composition, but I got one from Relleiflex. I've got to go out there again soon.
ID Photo : DA-JongLee-Star_Trails_over_Mountain_Hut
Auteur : Jong Lee
Jong Lee
Dimensions Photo : 89.3 Mpixels (255 Mo décompressé) - 9449x9450 pixels (80.0x80.0 cm / 31.4x31.5 pouces à 300 ppp)
Mots clés Photo : affiche, art mural, astronomie, astrophotographie, déco, décoration, décoration murale, jong-lee, nightscapes, photo, photographie, poster 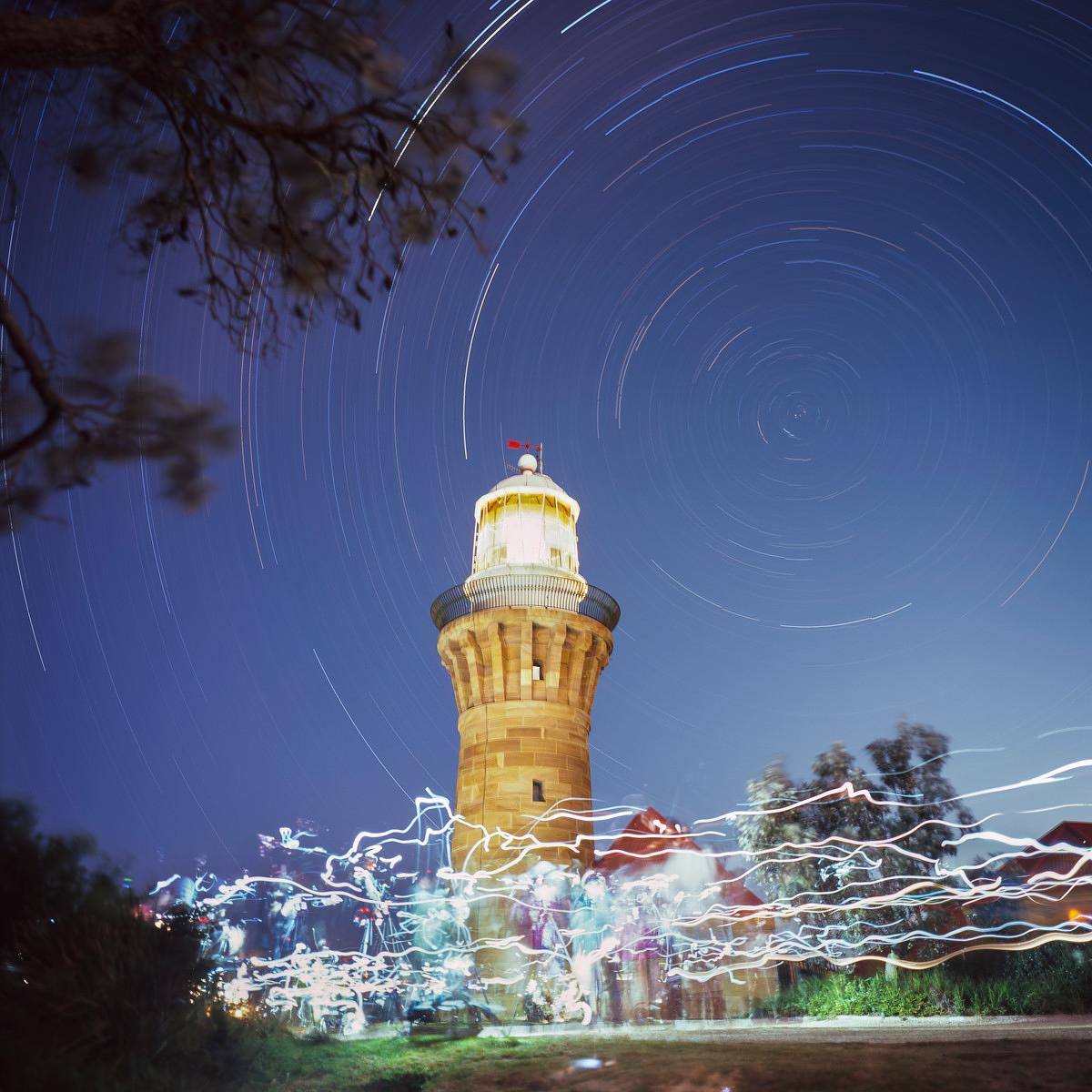